QIT that I have been working on for some time now [cn2,bcn]. Since I find it to be very simple and interesting, I will present it in a series of blog notes that should be accessible to a large audience. I will also use this material to prepare the talks I will be giving this summer on this topic ;).

In what follows, all vector spaces shall be assumed to be complex and

are fixed constants. For a vector

are the same up to permutation of coordinates and

1. Singular values of vectors in a tensor product

, one can see any vector

In this way, by using the singular value decomposition of the matrix

(keep in mind that we assume

are orthonormal families in

is the singular value vector of

and we shall always assume that it is ordered

. It satisfies the normalization condition

is a unit vector, then

is the probability simplex

is its ordered version.

In QIT, the decomposition of

above is called the Schmidt decomposition and the numbers

are called the Schmidt coefficients of the pure state

2. The singular value set of a vector subspace

and define the set

called the singular value subset of the subspace

Below are some examples of sets

is two-dimensional. In all the four cases,

. In the last two pictures, one of the vectors spanning the subspace 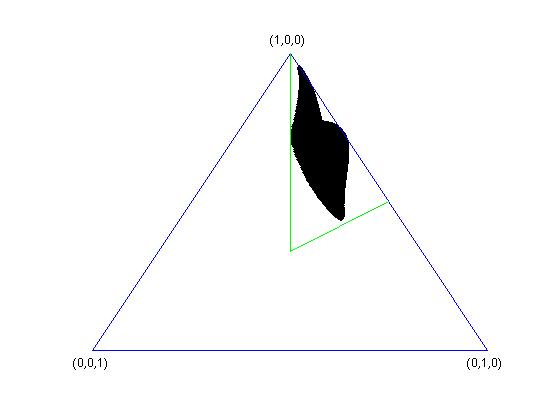 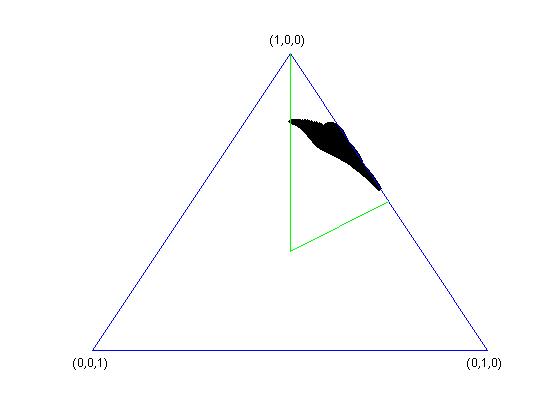 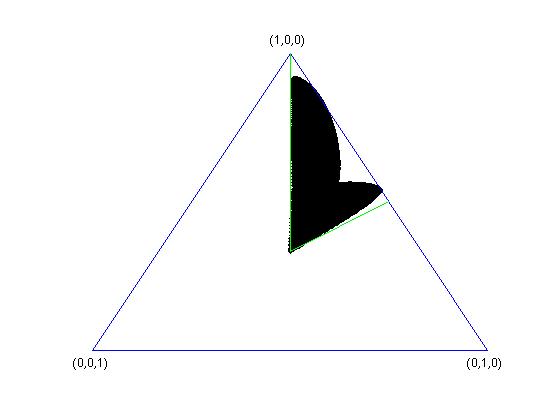 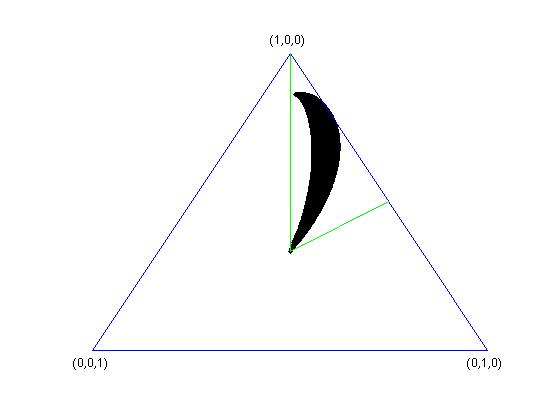 Below is a list of very simple properties of the sets

is a compact subset of the ordered probability simplex

having the following properties:

Proof: The first three statements are trivial. The last one is contained in [cmw], Proposition 6 and follows from a standard result in algebraic geometry about the dimension of the intersection of projective varieties.

The question one would like to answer is the following:

How does a typical

In order to address this, I will introduce random subspaces in the future. In the next post, I look at the special case of anti-symmetric tensors.

[bcn] S. Belinschi, B. Collins and I. Nechita, Laws of large numbers for eigenvectors and eigenvalues associated to random subspaces in a tensor product, to appear in Invent. Math.

2 thoughts on “Random subspaces of a tensor product (I)”

RT @AntoineTilloy I've written an essay for the 2020 @FQXi essay contest. It's on objective quantum jumps and the question of whether one could in principle hear them fqxi.org/community/foru…

@lexfridman 3/ but most of their time was spent on quantum computing. A sample: "the entire trick with quantum computing is that you try to choreograph a pattern of interference of amplitudes"