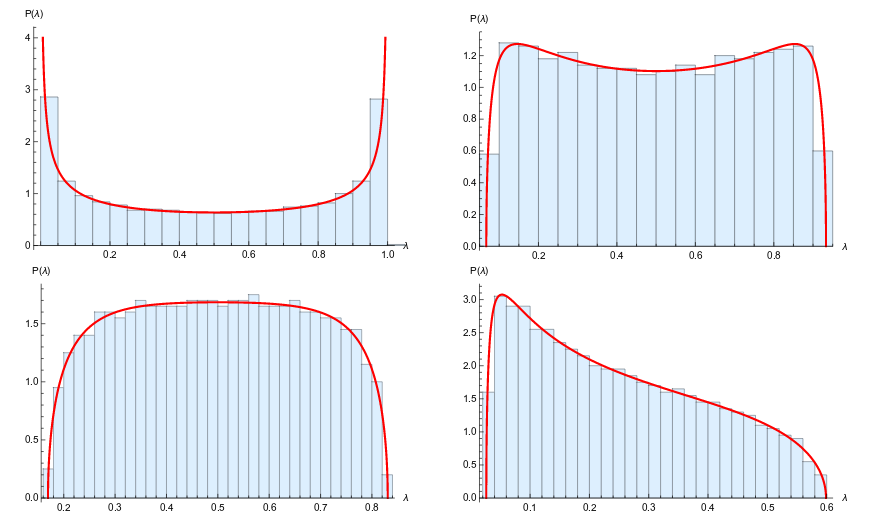 RT @docmilanfar Random matrices (e.g. Wigner, Wishart, Widom) are very important in modern statistics and learning - A model about which much less is known is uniformly sampled matrices from the set of doubly stochastic matrices: Uniformly Distributed Stochastic Matrices A short thread 1/n

A new criterion for quantum channel incompatibility, based on Fisher information. Joint work with Qing-Hua Zhang scirate.com/arxiv/2204.099… . The core idea is to use a criterion for measurement incompatibility derived by H. Zhu, and use it for associated POVMs. pic.twitter.com/AQ59UmE3NV